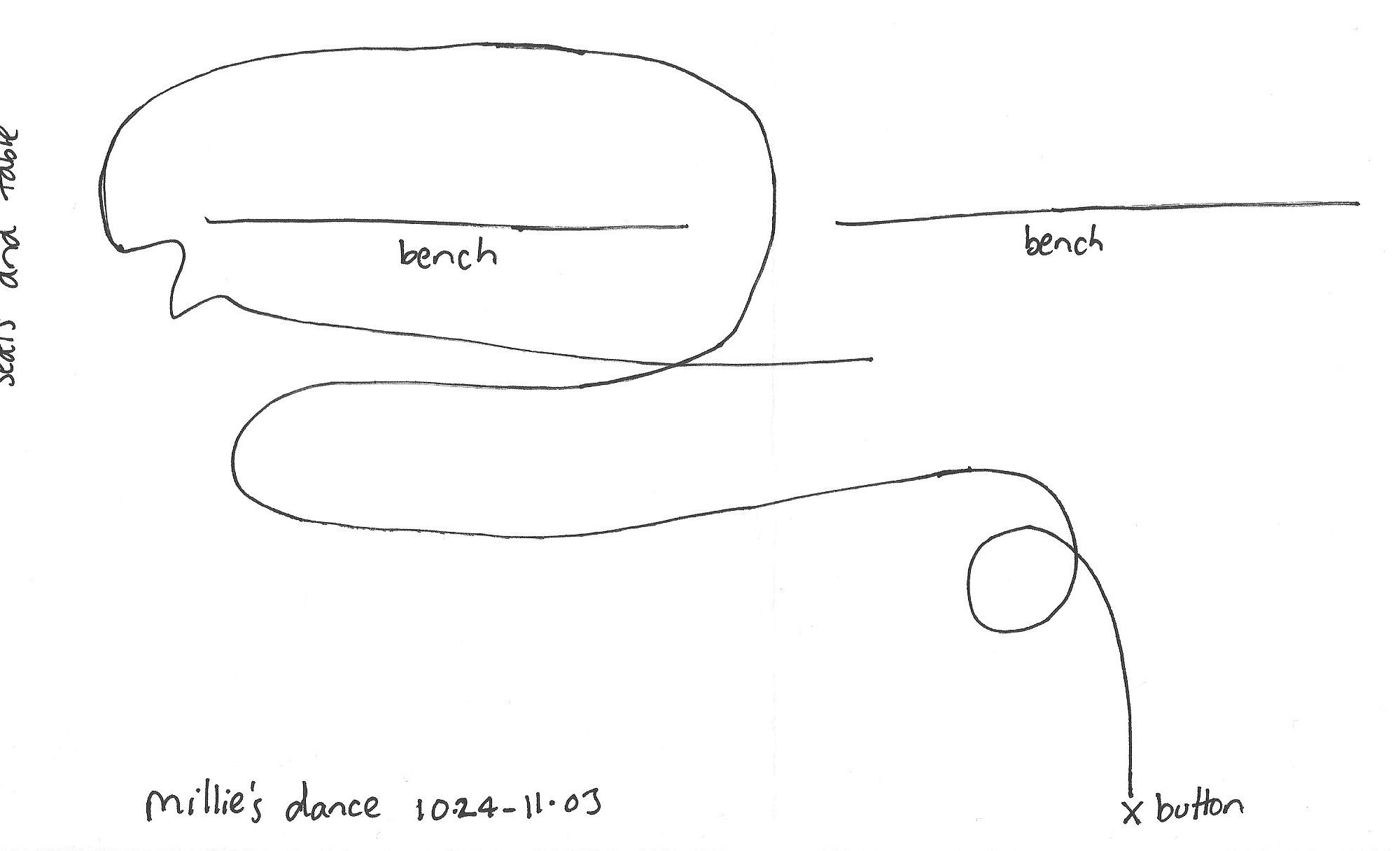 Thus the knowledge we have of our surroundings is forged in the very course of our moving through them, in the passage from place to place and the changing horizons along the way” (Ingold, 2007. P.88)

‘Lines. A Brief History’ by Tim Ingold, from which the above quote is taken, was the starting point for collaborative thinking between an ethnographer (Abi Hackett) and a visual artist (Caroline Claisse). We were both interested in the temporal and spatial nature of how children experience a museum exhibition, and how visual approaches could be used to address the methodological challenge that movement presents (Hackett and Yamada-Rice, 2015). We were interested in teasing out the similarities and differences of our approaches, and ‘reach’ (Rowsell and Pahl, 2007) of ethnography and arts practice with regards to this particular problem, and ways in which each enriched the other.

Zigging and zooming all over the place: movement in the field

My doctoral research involved a year long ethnographic study with eight families, making repeated visits to museums with the families. I collected video on a handheld video camera, and wrote fieldnotes following each visit. I have become increasingly interested in the role of movement in these experiences, and have written previously about the role of movement in multimodal communication and developing shared traditions and memories in place.

Within my ethnographic data set, movement is referred to in my written fieldnotes, as well as frequently by parents during interviews and informal discussions. Movement exists in the video footage; the video itself was frequently collected whilst moving through the museum, and the children and parents featured on the video are themselves often moving through the place. As well as exploring movement through thematic and multimodal analysis, I transcribed some of the video through a walking maps technique. These walking maps (see image) consist of a pencil line, drawn by me onto a blank piece of paper in such a way as to represent the shapes and paths the children took as they moved around the museum. The process of making the walking maps involved watching back the FLIP video footage and drawing my interpretation of this movement. Drawing the walking maps therefore involved transferring lines that the children had made with their walking feet into a different medium; a line made by me using a pencil.

The walking maps approach to transcription was inspired particularly by my reading of ‘Lines. A brief History’ (Ingold, 2007) in which Ingold argues for an academic focus on lines as a field of inquiry which can serve to illuminate human experience.

As walking, talking and gesticulating creatures, human beings generate lines wherever we go. It is not just that line-making is ubiquitous as the use of the voice, hands and feet – respectively in speaking, gesturing and moving around – but rather that it subsumes all these aspects of everyday human activity and, in doing so, brings them together into a single field of inquiry. (Ingold, 2007, p.1)

The walking maps were a heuristic for the dissatisfaction I felt with describing movement in my research, and the limitations of the table based multimodal transcription described above (Hackett, and Yamada-Rice, 2015). However, in their simplicity and singular focus on the line and its blank background, they offer only a very partial solution to the need to think about the complexity of human and non-human world’s entanglement through lines of movement, which have both spatial and temporal dimensions (Massey, 2005), in “a world-in-formation” (Ingold). The interaction between not only the children themselves, but the children and place was still something that presented a challenge to the existing tools and methods I had to draw on for data collection and analysis.

A starting point for discussions with Caroline was what could her skills, ideas and framings add to ways of thinking about children’s paths of movement through the museum. Caroline worked with my original research data, as well as visiting the museum where the fieldwork took place. She used photo collage, line drawings and collected materials to convey the sensory experience of the children’s walks in ‘time capsule boxes’ (inspired  by Joseph Cornell’s work).

Caroline Claisse and I have written more about our collaboration on the Focus Sheffield website, where you can see some examples of the work Caroline produced. Focus Sheffield brings together various different sorts of visual research methodologies training available at the University of Sheffield. The field of visual research methods is fragmented in nature and we are interested in these intersections, ways of working with and knowing the visual that different perspectives bring. For me, collaborating with visual artists such as Caroline is an exciting way of exploring these questions.